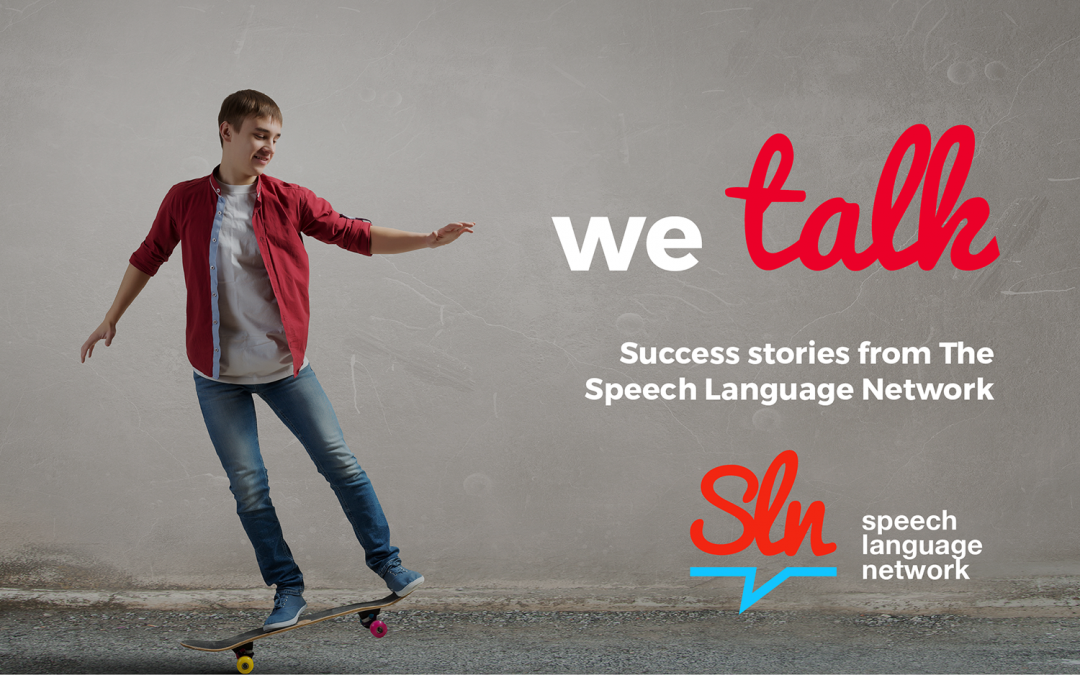 Diagnosed with Apraxia of Speech as a child, Dylan has faced major challenges with speech and language throughout his life. Apraxia of speech is a complex motor speech disorder, and it’s one of the most complex challenges a speech language pathologist will encounter. Unlike many other speech and language developmental delays, a person living with verbal apraxia quite often has high level receptive abilities but severely limited expressive abilities. This means a person with apraxia of speech, unless complicated by other challenges, quite often can hear, read and understand language but can’t express the language externally. To understand the challenge, let’s look at what happens when you speak.

What happens when you speak?

Speech starts with the intention to communicate something to someone. An idea forms. This idea is the content. The “what” you want to say. Words are then put in the correct order. Phonemes and syllables are correctly ordered and strung together. All this work is the “planning” stage of speech – it happens in a fraction of a second. Then a translation occurs – the “programming” stage of speech – which turns all this information into a series of highly coordinated motor movements. This too happens nearly instantaneously.

Lastly, the brain tells the muscles the exact order and timing of movements these muscles will have to make, which is the execution or act of speech. Assuming the timing and translation is correct and the muscles have the strength, all of this happens in the blink of an eye in a person with normal speech development. It’s rather miraculous. But in a person with verbal apraxia, the planning and programming of the movements is not functioning in the seemingly automatic way it does in normal speech development. Likewise, this planning and programming is not automatic for Dylan. It’s manual. He has to think through each of these steps with a great deal of concentration, which means each clearly articulated utterance he makes is a triumph of sheer will and determination.

For Dylan, this disadvantage meant numerous social obstacles in this school, home and work life. He says, “It meant for me struggling with being listened to as well as being understood. It meant for me that I’d have to repeat myself numerous [times], [and] be made fun of. I felt like I’d never achieve great success, that I’d never become who I am today.”

Thankfully, when Dylan was 17, his father was able to get Dylan into see a speech language pathologist. They started working on basic vowel and speech sounds at the sound, word and phrase level. Dylan says, “[Amanda Cooper, the SLP] gave me lists of songs to practice to get me intrigued, then we moved on after finding out areas I needed the most work on with sounds.” With a bit of time and a lot of hard work, Dylan says, “I became more social, I became more understood.”

Dylan meets Kara from The SLN

At 18, Dylan met Kara from the Speech Language Network (SLN). “We started to work on my intonation by doing highs, lows, [and] we did oral readings,” he says. And this work was not easy. Describing some of the work they did together, Kara says, “When I started working with [Dylan] we began targeting more difficult sounds, sound combinations, motor speech patterning and essentially worked on carry over techniques to help him at the conversational level. From there we added voice, tone and intonation so that he had more expression (vs. being monotone).”

Kara calls Dylan a “true success story.” And Dylan agrees: “After working with Kara I can confidently say I can read at a good reading level, my intonation is pretty good as well, I am 99% of the time understood now without having to repeat myself.”

Dylan has been with the SLN for 2 and a half years now. He has a job. A mentor. And http://www.cialispharmaciefr24.com/cialis-sous-ordonnance/ a future. “After starting speech therapy I can confidently say I wouldn’t of ever imagined being able to speak as good as I do, as clearly as I do today [and] I’m very proud of the work Kara has helped me do for my speech, it’s truly amazing.” Dylan is also building a social life at and outside of work, and attends the SLN’s Adult Social Connection to continue to practice and use his skills. With his strong work ethic and unwavering determination, we know Dylan will continue to be a success story for years to come.

Congratulations, Dylan! You are truly amazing!