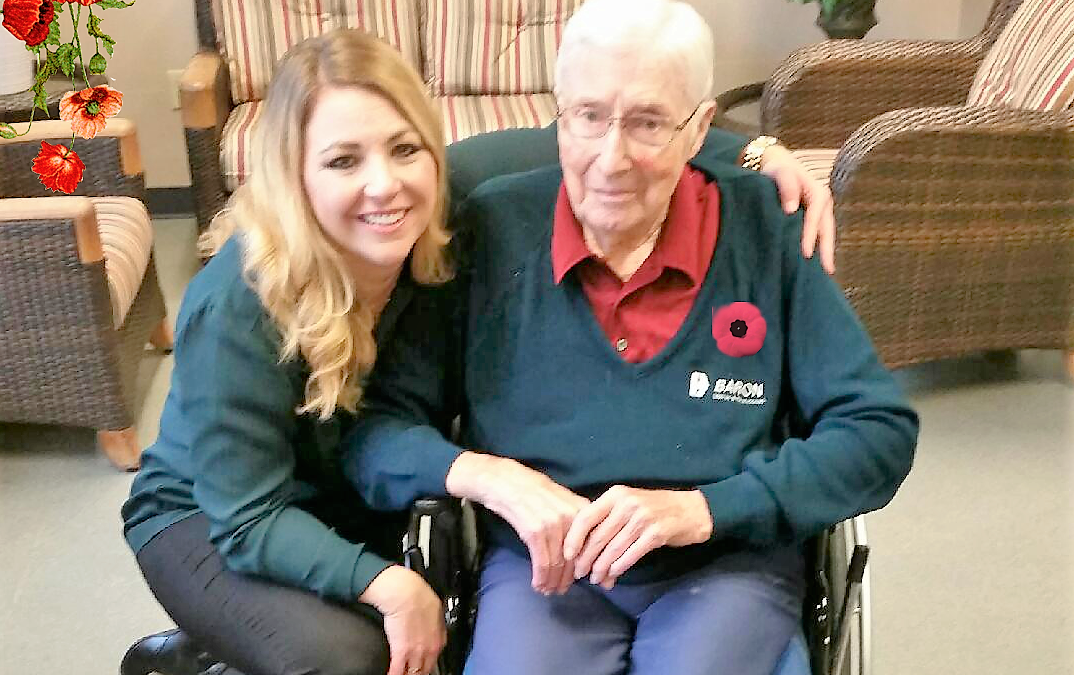 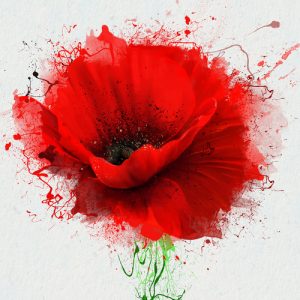 With Remembrance Day upon us, the Speech Language Network wanted to take a moment to remember those who fought for our country and for our freedom. It is difficult to find the words to express what our veterans have given each and every one of us.

We also wanted to celebrate one of our amazing clients and war veterans, Jack Goudie.  Aboard the Lusitania troopship, Jack landed in London England in 1941 and then traveled to Sicily, Italy in 1942. He went with the 32nd Corps Troops which was attached to the first division of the Canadian Army. Jack served in WWII until the end of the war in 1945. He returned to Canada on a hospital ship sick with pleurisy and severe viral infections landing in Halifax. He then traveled by train to Regina and headed south to the family farm in  Cornach, Saskatchewan. It was here he went to recover, reconnect with his family who he had not seen in five years and help out on the family farm. Jack has said he was proud to serve Canada but described his time at war as very hard and lonely years.

Following the war, Jack lived a very full life with his wife and two sons, the greater part of it spent in Saskatoon, SK. He retired at age 70 after a long career with the Dictophone Corporation and Baron Moving, a national moving company. Jack was an exceptionally active man and enjoyed golf, playing cards and going camping with his family. He was also very involved in his community. He lived independently until the age of 96 when he suffered a severe stroke. The stroke took a lot from Jack including many of his speech and language skills. This is known as aphasia, the loss of ability to understand or express speech, caused by brain damage. Jack now resides in a long term care facility with a great group of residents and exceptional staff.

Over the past five months, I have had the great honour and opportunity to work with Jack. At age 97, cialis tylenol he is breaking all boundaries with his improved communication skills and overall quality of life. His care home therapists report that his improvement is “remarkable and that Jack is more social and engaged in activities than ever before.”

His tenacity and desire to communicate is nothing short of amazing and there is nothing greater than seeing the twinkle is his eye as he tells stories from his past, makes witty comments and beats me in countless games of crib! He recently said “My brain is starting to do what I tell it to!” Pour it on JACK……we couldn’t be happier for you! 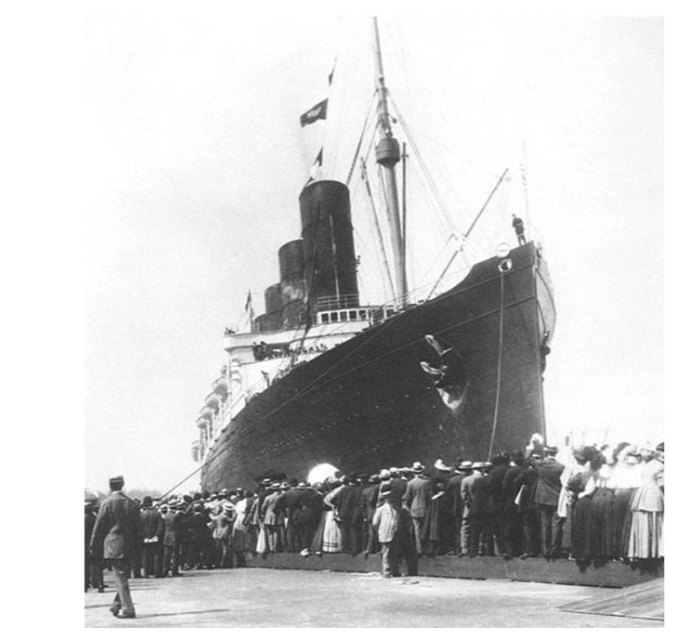